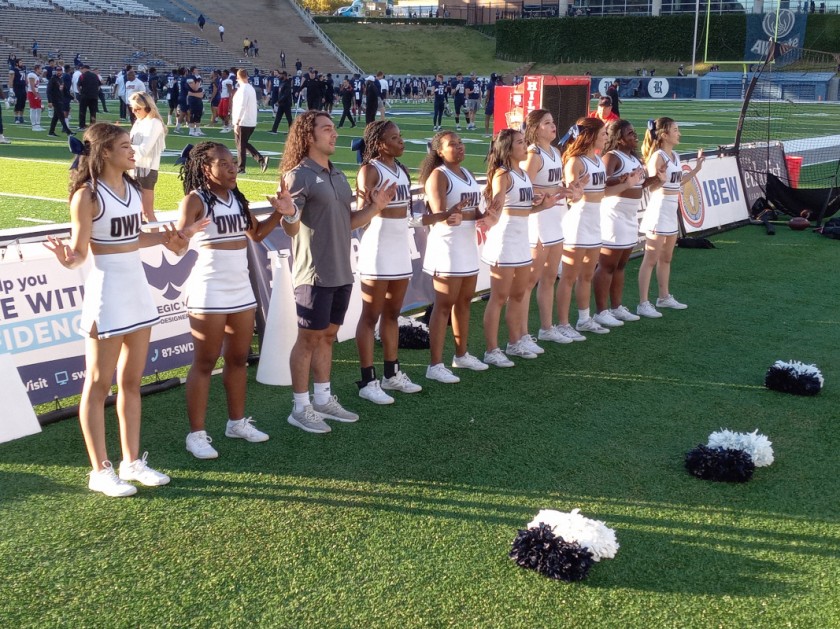 When I got in my car to drive down to West University Place and see this game, I thought to myself, “This could be it”. But, no, it was not to be. The Sun, the air, and the temperature were so perfect that the whole day seemed like a dream. Western Kentucky slammed Rice on November 13, 2020, thereby clinching a Bowl spot for itself and assuring that Rice would not get one.

What really got me about this game is that the WKU head coach and many of his key players are all transfers from Houston Baptist University. Essentially, Texas personnel defeated Texas personnel on Saturday. Many of those key players are from the surrounding Houston Area. It was basically an all Texas game, and Rice came out the loser. I should not have been so optimistic about this game. WKU has only lost one game all season and they are catching national attention with their performance.

Rice could have won this game, but they forgot that you have to stop the other team from scoring. 21 points for Rice is not a bad number, the problem is the 42 for WKU. Rice is getting beat in between the tackles – same ole, same ole.

On paper, Rice looked pretty good. Check this out.

Not a bad performance for Rice. They just got to remember, scoring is good but you got to keep the other guy out of the end zone. UTEP is next.