I woke up this morning to watch the news and see a couple of confederate statues being removed in Houston.  My heart dropped.  I cannot help but feel that our nation will regret this.  The defacement of statues is a sign of a society in decline, that is what we see from defaced statues in ancient Greece and Rome. 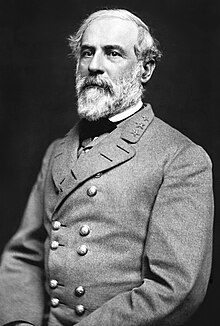 The whole issue is so obscured with irrational thinking, that I will simply leave you with a few thoughts that I got from reading ancient history books like, Herodotus, Thucydides, Levi, Plutarch, and a more recent one, “The Medici”.  Here is a summary of my thoughts about the ancient past, the recent past, and our current time.

What I have found out is that life is warfare at the most fundamental level:  good DNA against bad DNA, good cells against bad cells, good people against bad people, and good countries against bad countries.  Why should we castigate people, who lived hundreds of years ago, who threw their hat in the ring to fight and determine what is the right?  I think Solon had it correct.

I will close this subject now with a few lines from the movie, “The Wind and The Lion” (1975).  Here Theodore Roosevelt is talking to his daughter, Alice, about an Arab pirate he is fighting in northern Africa, Raisuli.

Roosevelt:  J.P. Morgan, he is the only other real pirate I know.
Alice:  I hope you have him brought before you in chains.
Roosevelt:  J.P. Morgan?  I should hardly think  . . . .
Alice:  No No No, Raisuli, have Raisuli brought before you.  I should like to see that.
Roosevelt:  I would like to see him too but not the chains.
Alice:  You like him don’t you father.  You like J.P. Morgan too, don’t you?
Roosevelt:  Of course I do Alice.
Alice:  But they are your enemies.
Roosevelt:  Sometimes, one finds that your enemies are a lot more admirable than your friends.  You pick the Road To Greatness, and you will have that choice someday, you come to realize that the road traveled by great men is dark and lonely, lit only in intervals by other great men, and sometimes they are your enemies.  But they are the only true luxury you have.  Yes, it is a dark and difficult road, and I do not look down on anyone who has the good sense not to take it.