The news likes to tell me that we are in the greatest economic upswing in world history.  Why do the politicians and news agencies lie in our face like that?  I will no longer listen to anything I hear.  I will just believe in facts and form my own opinion:  police brutality, the sheriff throwing people out of their home and into the street, trillions of dollars of bailout money only to have the highest rate of unemployment since the Great Depression, large corporations getting economic relief when farmers are throwing food into the street because they cannot sell it. 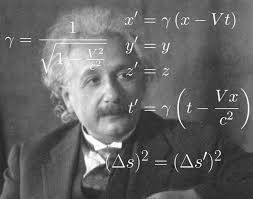 Einstein said, in his Theory of Relativity, that time slows down as you approach the speed of light.  What kind of nonsense is this?  Many great philosophers maintain that time does not even exist at all:  St. Augustine and John Locke, for instance.  Although Einstein could advance his position with mathematics; we will never know the truth because we will never do experiments at the speed of light.  To put too much faith in this, is to live in a bubble in your own head.  This is especially true when scientists tell us that when the speed of light is attained, matter is all converted into energy.  What the  . . . ???

Nevertheless, the US government states that they can measure the national output using two independent techniques:  national expenditures or national incomes.  An economy at equilibrium will show that the two numbers are the same.  This is how the Fed calculates GDP.  This is a fantasy.  How is anyone going to accurately account for the expenditures and incomes of 300+ million people?  How can they possibly add up all the incomes and expenditures of each citizen?  Even more important, this is not realistic at all when a country has open borders.

What we are being told about our economy is a complete fantasy.  There is no way the government can know, and I think they do not want to know.  They have an agenda, and they are going to use “The Ministry of Truth” to promulgate that view – and make it a reality in your own head.

I do not see anyone moving at the speed of light, so I am going to assume Newtonian physics still applies.  Here are the facts.  I have been checking financial reports of many energy companies for a couple of months now.  This is info that I already loaded up to this website, and all companies posted 1st Qtr losses for 2020, and many were already posting losses before that.  This is what you call a great economy?  Here take a look at the below listed companies.

Net loss in millions of dollars,