The U.S. Coast Guard said is searching by air and sea for two people aboard an overdue helicopter believed to have crashed in the U.S. Gulf of Mexico.

The Coast Guard said its watchstanders received a report at 10:37 a.m. on Saturday from the helicopter’s owner, Panther Marine, that the aircraft crew did not reach their destination when transiting from one offshore platform to another. 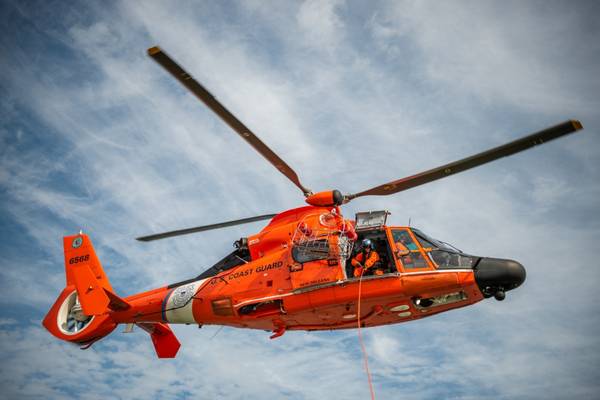 Panther Marine said it lost communications when the helicopter was 10 minutes from landing. The crew’s last known position was 13 nautical miles west of Southwest Pass, La.

Coast Guard air and boat crews are involved in the search.