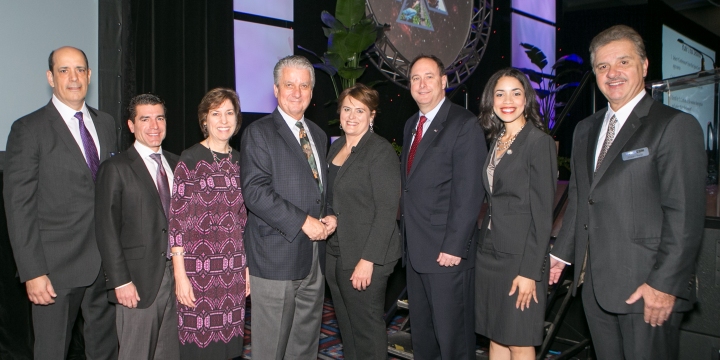 SpaceCom 2017 is held in Houston

The Space Commerce Conference and Exposition, SpaceCom, was held in Houston, Texas, at the George R. Brown Convention Center, December 5 – 7. SpaceCom is an idea that started at NASA, specifically, the Johnson Space Center; and jointly owned by Houston First (the Houston Convention Bureau) and National Trade Productions located in Alexandria, VA.

The goal of SpaceCom is technology transfer: that is, to take the technology developed for space exploration and transfer it to business and the economy. I spoke to James Causey, executive director of SpaceCom, at the gathering; and he states that SpaceCom focuses on 5 sectors in business:

Houston business is essentially defined by these five categories. One of the great benefits of space technology transfer is the reduction of satellite size and weight; and thus, saving money.

This is SpaceCom’s 3rd year in Houston. The event is held every December. Come and join us!